After an amazing two months in Johannesburg, it was time to uproot again and continue exploring. Next stop: Cape Town.

Why fly when you can train?

There are, of course, several flights to and from Cape Town and Joburg every day but instead of taking the easy way (because when do I ever do that?) I was inspired by some of the guests at my Joburg hostel and decided instead to take the train.

There are about 1,400km between Joburg and Cape Town. A flight takes approximately 2 hours. The train… In theory: 27 hours. In practice: 36…ish. 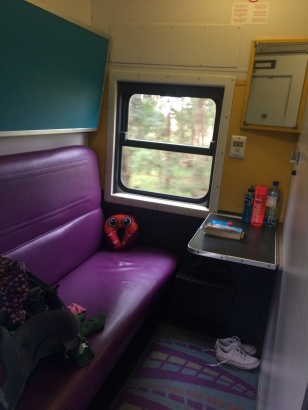 The main draw of the train for me was the opportunity to see almost the entire country of South Africa without ever having to move from my own little private compartment. The ticket also only cost R700/€40 and saved me a night of accommodation as my compartment would handily turn into a bed for the overnight portion of the journey.

I travelled with Shosholoza Meyl, in “tourist class” and booked my ticket online a week or so before the journey. Then it was as simple as turning up to the train station, being assigned a compartment and hopping on board. 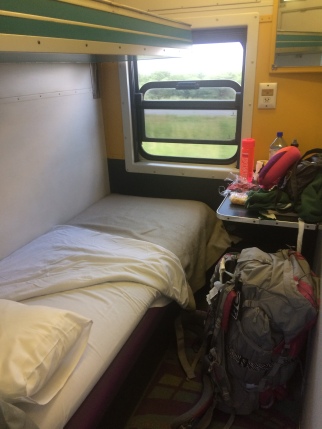 There’s no wifi or charging sockets on the train, so I came armed with battery packs and plenty of downloaded episodes of my current Netflix show and several podcasts. Then I settled in for the next 27 hours.

Around 8pm an attendant came to my compartment and offered to change my sofa into my bed. For R20/€2 he made it up with fresh sheets for me and I went back to staring out the window at the South African countryside flashing by and waited on the sunset. 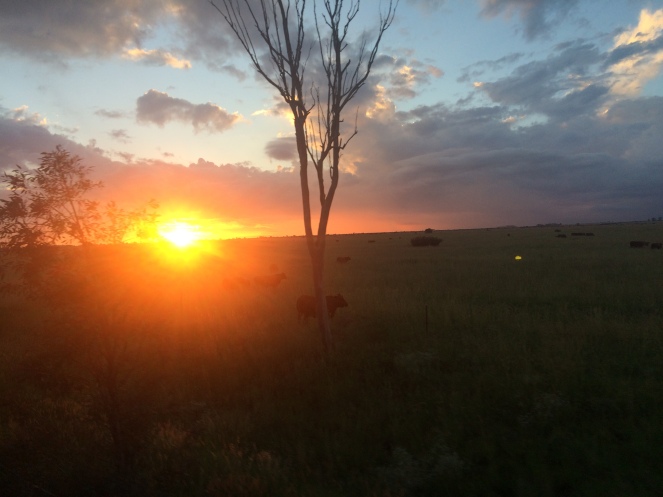 The next morning I was awoken around 7am by a woman walking down the corrridor outside my compartment yelling “Coffee? Coffee!” Obviously, I wanted coffee. It was after she brought me my very large, very black coffee that I realised that the train wasn’t moving… 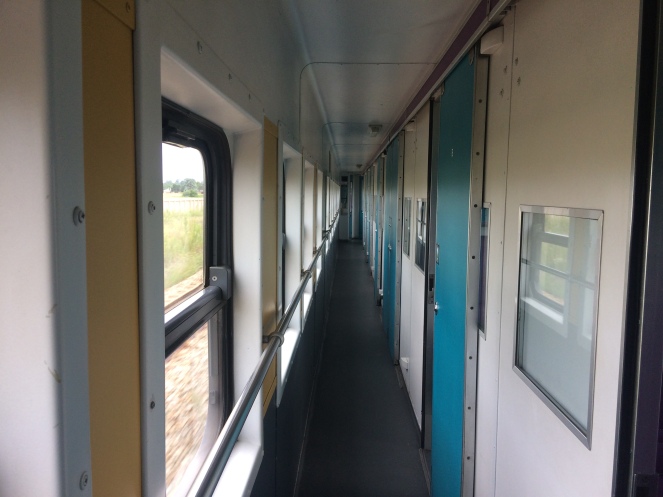 I had also bought 3G data for my phone before getting on the train and decided to check the progress of my journey using google maps. I was very confused to see that after almost 20 hours of a supposedly 27 hour journey we were less than half way to Cape Town…

Who broke the train? 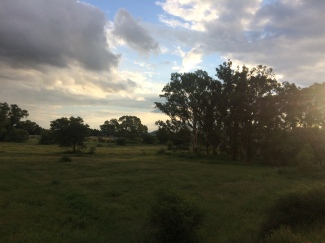 Eventually a guard came by to explain why the train had apparently been stopping all night for prolonged intervals: The train was broken. (Well, its signals were broken, so every time we came to a signal we had to stop and wait for it to be manually changed). I was actually perfectly happy on the train, quite unfazed by the additional time I now had to spend enjoying the views.

Time is ticking away… 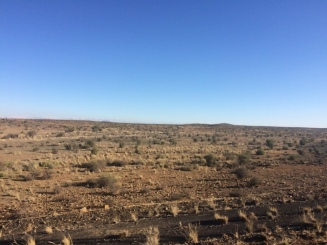 After 36 hours however, even I had to accept that I needed to get to Cape Town faster than the train was going to get me there. The same guard came down the carriage again to tell me that at the next station the train would be stopping and transferring us all onto a bus to take us the rest of the way to Cape Town. He explained that I was welcome to stay on the train if I wanted, but it would be *another* 10 hours before it arrived (taking the whole journey to almost 48 hours!) so I grudgingly left my cosy, private compartment for a much less glamorous seat on a bus.

The bus did the job that the train just couldn’t manage and, eventually, 10 hours later than planned, I arrived in Cape Town!

Short review: If you don’t need to be in Cape Town at a specific time (or even specific day), enjoy your own company, come prepared with battery packs and snacks and appreciate a good train-window view, then this journey is definitely for you. Even with all the issues, I’d do it again tomorrow! 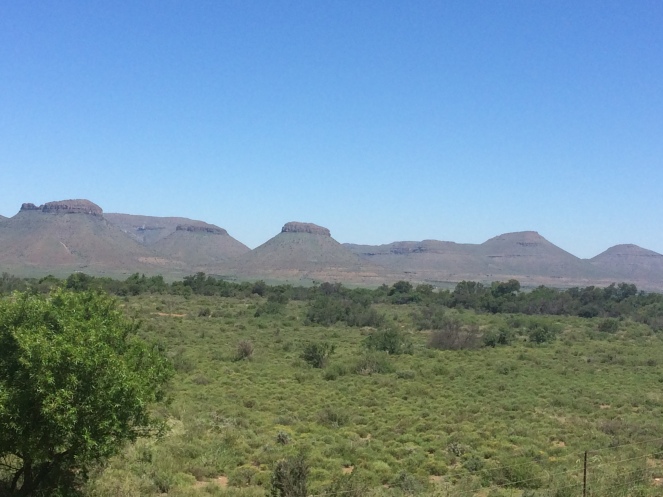 Check out my other posts about my adventures in South Africa!