I arrived in the city after a 16 hour greyhound bus journey (which was actually really beautiful, I honestly could have done longer!) and immediately hopped onto two of Vancouver’s public buses (Vancouver public transport works via a reloadable tap card that can be bought and loaded at Skytrain and bus stations, each tap costs $2.10 and is good for 1.5 hours for as many buses as you can get on in that time) These first buses took me to my friends house. After working for a solid month on the ranch I was looking forward to some well-deserved sleep and grateful I didn’t have to hostel my way through Vancouver. (Although at one point I did spend time in the Malone Bar which is associated with the Cambie hostel so I could still recommend there as a place to stay, especially if you like cheap whiskey!)

Vancouver turned out to be a city of many reunions for me and so on my first day in the city I headed to Granville Island to reunite with my fellow Workaway from Ranch 1. Granville Island is a small island between South Vancouver and downtown that is most famous for its Public Market. Here you can buy anything from fresh fish to maple syrup to handmade silver jewellery. The island is also home to a fascinating department-style toy store and several local artist studios and galleries.

One of Granville Island’s (and Vancouver’s) most popular attractions is the Granville Island Brewery. I chose the beer float and sampled four different local beers. Next time I’m going to take a friend who likes beer as much as I do and we can sample all 10 varieties offered!

Stanley Park is located only a short walk from downtown (and also past the beautiful Coal Harbour which WILL make you want to buy a luxury yacht).

Nearby the entrance to the park we hired bikes for only $20 for six hours and spent a gorgeous sunny day cycling the Stanley Park Sea Wall, visiting the famous totem poles and admiring Siwash Rock.

Six hours is plenty of time with hired bikes, so we took full advantage and cycled right on over to English Bay and Kitsilano Beach, a very successful day of sightseeing! 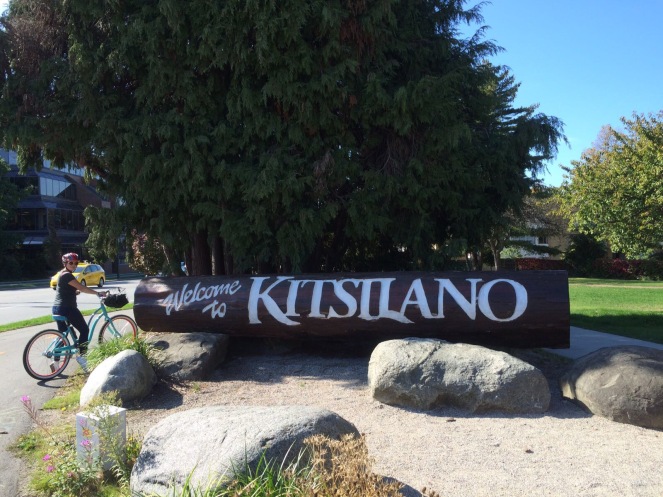 There are endless trails to get lost on in Stanley Park and it’s very easy to spend an entire day there. One of my favourite things about cities is when they can be escaped by a simple walk in the park and Vancouver is a prime example of this. In the middle of Stanley Park you could genuinely believe you were in the middle of a million acre forest, gorgeous!

Gastown is an area of Vancouver’s downtown, just to the East, and can be easily recognised by the gas-style streetlights lining the streets. I spent my only rainy afternoon in Vancouver wandering these streets, meeting friends for coffee in independent coffee shops, treating myself to happy hour wine at one of the many bars and souvenir shopping for my family.

Canada Place is a good part of downtown from which to base a day of sightseeing. It is the place I usually use as my rendezvous points for meeting different friends and for figuring out which bus stop I need to get off at. Canada Place is home to Vancouver’s cruise ship port as well as its newest tourist attraction: the incredible Fly Over Canada interactive cinema experience. (My review in a few words: expensive for the amount of time it lasts but 100% worth is for a one-time experience. TIP: Go at night (8:50pm) to sit in on the last showing, no queues!)

Canada Place is also directly next to the Olympic Torch from the 2010 Vancouver Winter Olympics as well as the sculpture Digital Orca, an unofficial symbol of Vancouver.

Anyone who knows me will know of my slight fascination with sports (especially sports directly linked with new countries, baseball in the USA etc) So there was no way I could spend a full six months in Canada and not attend a hockey match! I first arrived in Vancouver on a bus from Edmonton so it seemed only fitting that my first game be a match between Vancouver and Edmonton! It was a disappointing night for the Vancouver Canucks and their newest die-hard fan (me) but an experience I won’t forget and can’t wait to repeat! (Maybe I’ll wear Oilers orange next time though…?)

Overall, this post cannot even begin to express the absolute love I developed for this city. Since my first journey there on the bus from Alberta I have visited the city another two times and plan to return at least two more times before I fly home for Christmas! Something about Vancouver satisfies my wandering feet that love to shop on Mondays, hike on Fridays and lie on the beach on Sundays. I already can’t wait to go back to my new-found favourite city and would recommend it to anyone! 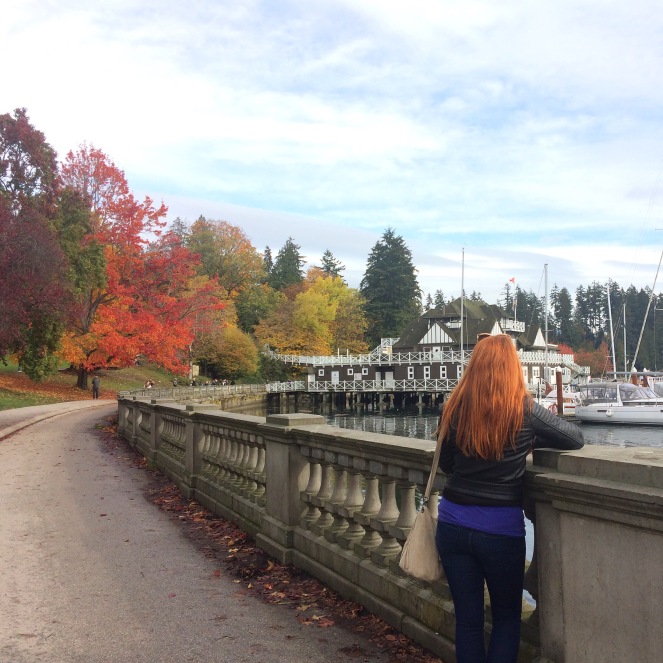