I’ve already written a post about the three Stampede rodeos I attended back in July, but the rodeo is only part of the whole Stampede.

The timing of my arrival in Canada coincided perfectly with the Stampede and I spent four days and nights on the grounds as they were right opposite my hostel.

My first evening at the stampede I went with several friends I had met in the hostel to Nashville North, a bar in a huge tent on the outskirts of the stampede grounds. As the name suggests, it’s a bar made for country music. There are live bands on the stage all day and night and plenty of bars selling Stampede Budweiser for the bargain (?!) price of $8 a can. 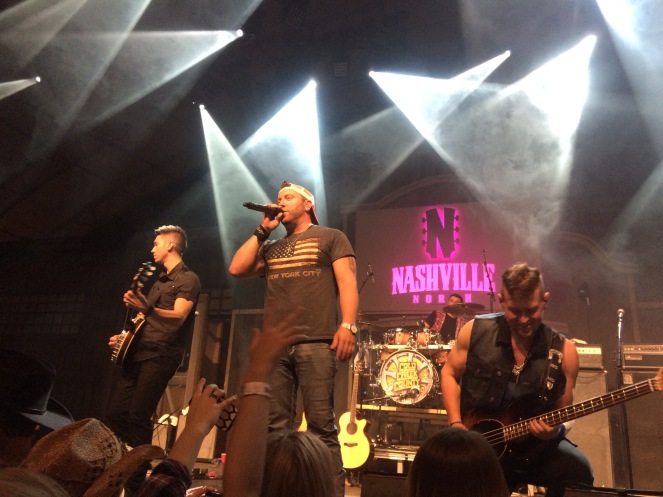 The Stampede midway is quite famous among people who frequent the stampede. There are tons of fairground games to win huge cuddly animals or questionable emoji hats as well as rides that vary from a carousel to a giant slingshot that will fire you up into the air while a crowd of people stare at you in awe (my feet stayed firmly on the ground thanks). 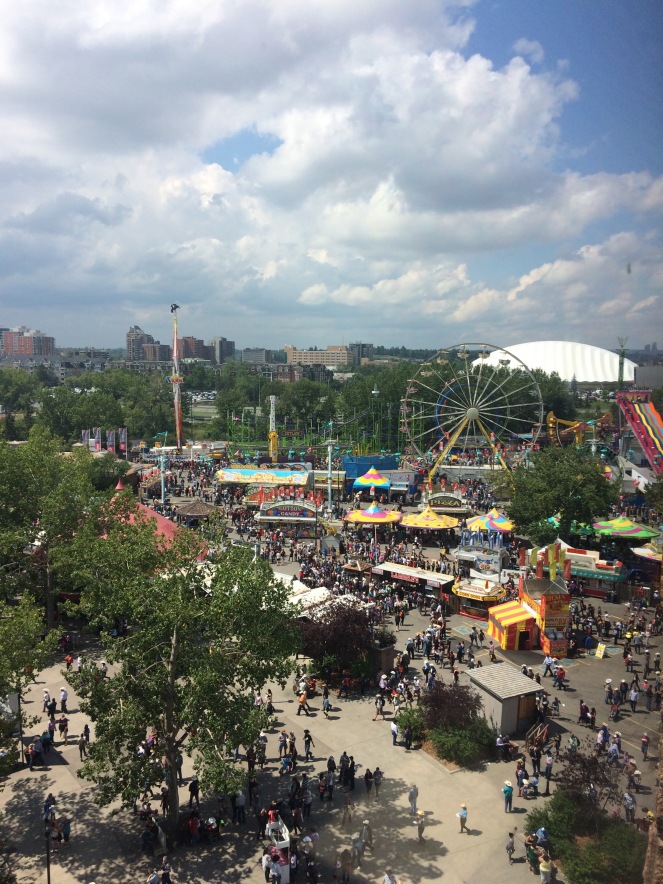 Along with the rides and games at midway, it’s also the place to go for breakfast, lunch and dinner. And by breakfast I mean DEEP FRIED COFFEE. Yes, you read that right. Deep fried coffee is actually vanilla cake batter soaked in freshly brewed coffeeand then deep fried and it is literally heaven in a ball. The stampede is also home to the infamous and heavenly mini donuts which are worth queuing in the rain for, trust me. Canadian Poutine (fries, gravy and cheese curds) is also in abundance and the portion sizes of cheese fries outfaced even me (and that’s an achievement for portion sizes). 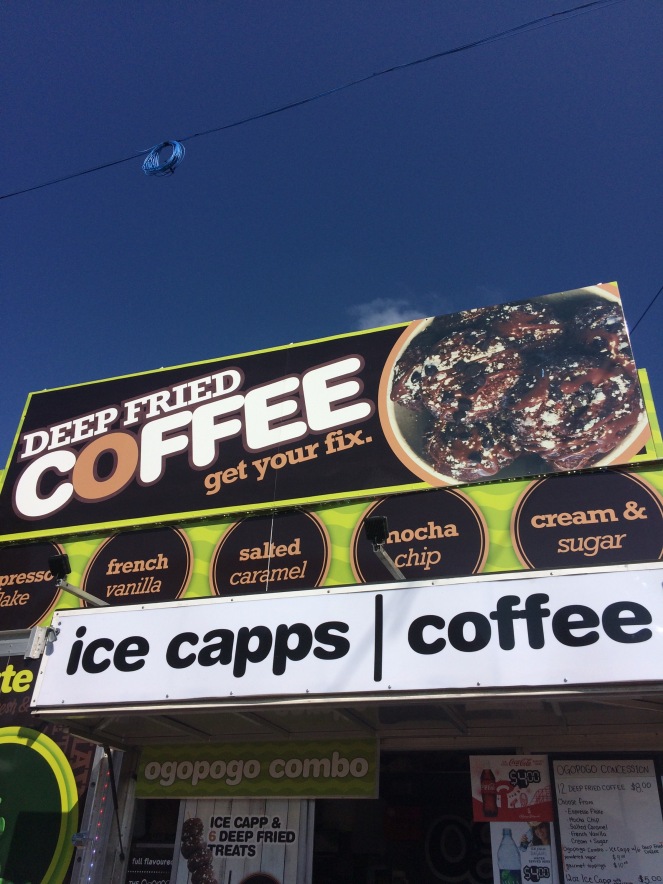 There are all kinds of animals in the agriculture tent, each with information about them and their role in Canadaian farming industry. Cows, sheep, pigs, poultry and horses. In the horse section there’s examples of the most popular breeds in Canada and it was here I saw my first curly horse, which is a breed I’ll hopefully be learning more about as I travel. There’s an arena within the tent which is where I went to see a working horse demonstration and blacksmith competition. Earlier in the week this is also where the cow horses compete in cutting (separating one cow from a heard) and several other ridden western events, definitely on my itinerary for next year! 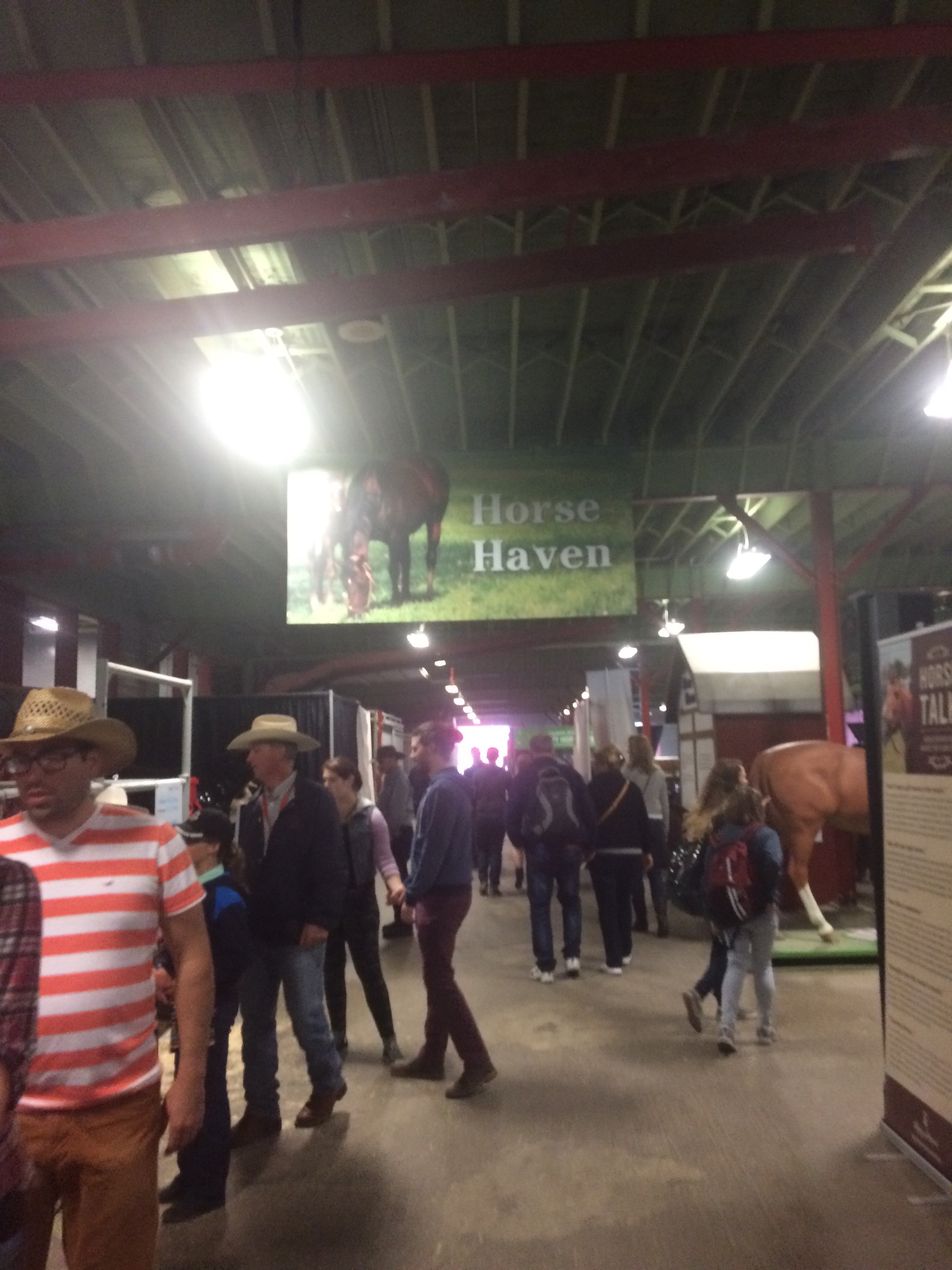 There are events happening all day everyday at the stampede. I eventually downloaded the official stampede app which helped me plan my day to fit in as many different shows as possible. I saw the Dog Bowl dog agility show in its own arena despite the pouring rain. I also saw Bell Adrenaline Ranch which is a motorbike stunt show and totally amazing. I would have gone twice if I’d had more time. Then I saw the Band of Outriders (the stampede show band) perform, attended a kitchen cooking demonstration and visited draft horse town. There was never a dull moment, not even under the big black clouds! 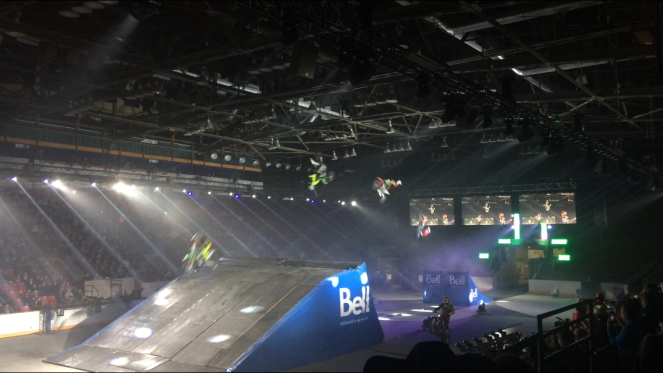 I also spent a lot of time at the Stampede sheltering from the rain in the various Lammle Western Outfitters stores buying a new cowboy hat and belt buckle and wishing I could justify  another pair of cowboy boots… (I can’t,  I already bought three pairs from Nashville). 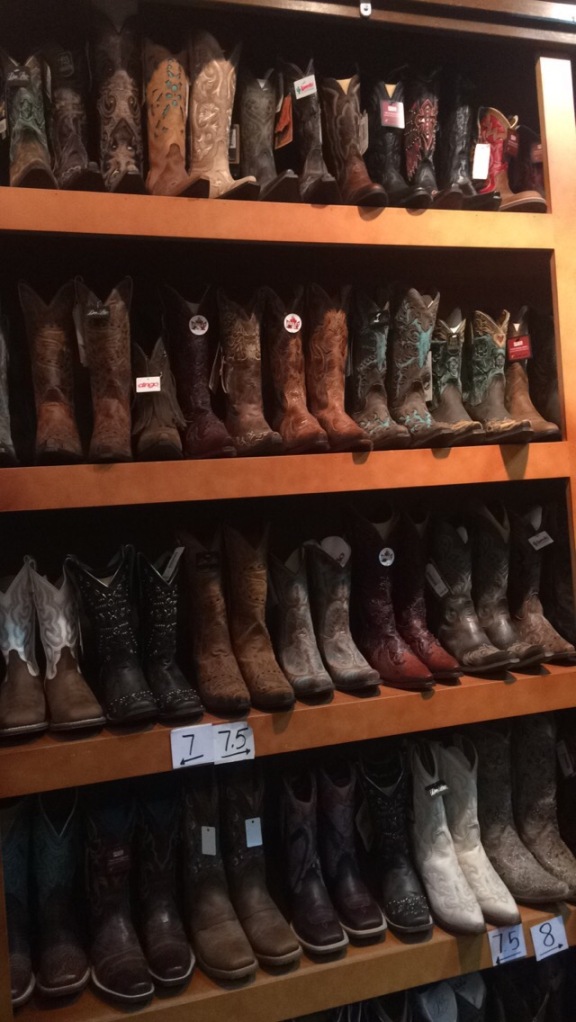 So that was my first taste of true Canadian Cowgirl adventures, stay tuned for posts from Ranch No.1!